What are you looking for?

Free Worldwide Shipping on All Orders Over USD$150!

Enable CarPlay and Android Auto For BMW i3

The microphone can be left out if you don’t mind invoking Siri by saying “Hey Siri” to your phone. But it’s more reliable to press the Menu button on the iDrive controls and have the included mic pick up your requests. Telephony can still be done via the car’s factory mic if you prefer.

Each component is clearly labelled. 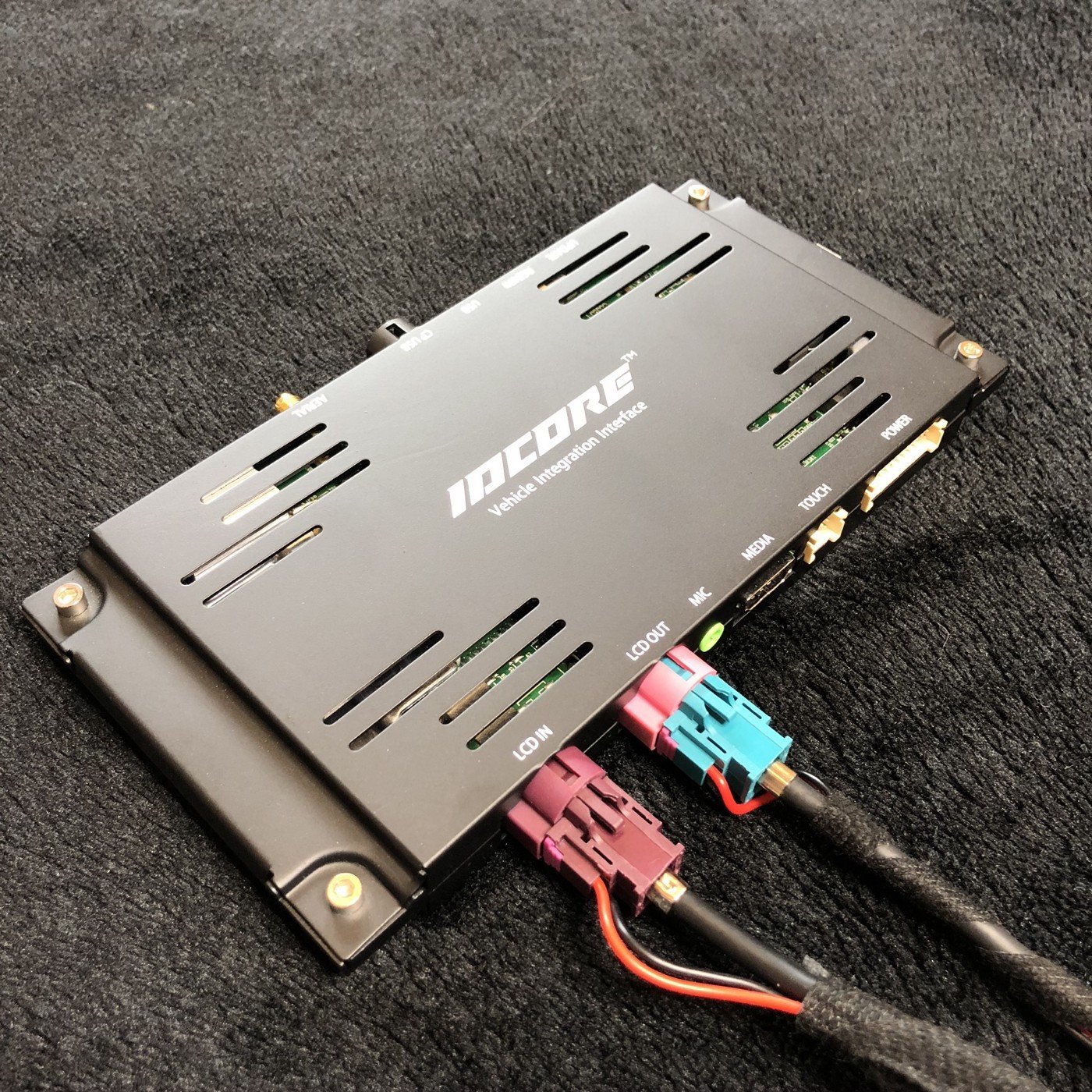 The nice thing about this solution to putting CarPlay in a i3 is that, unlike with other setups (or with other vehicles), everything is done under the rear seat. No tools are needed and, apart from lifting the seat cushion to perform the installation, nothing needs to be uninstalled from the car. The rear seat is is taken out simply by pulling upwards to reveal the factory iDrive unit and all its connections. 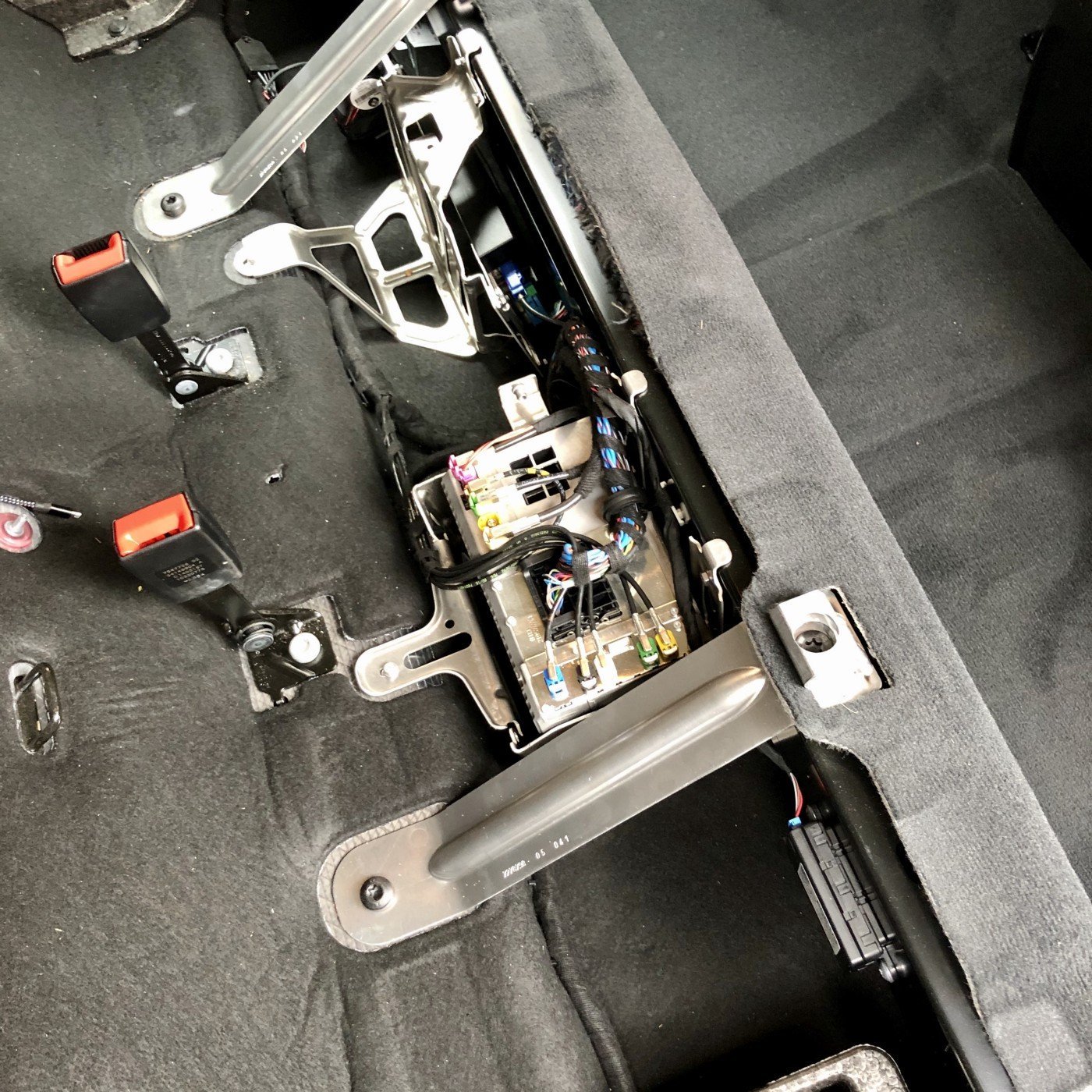 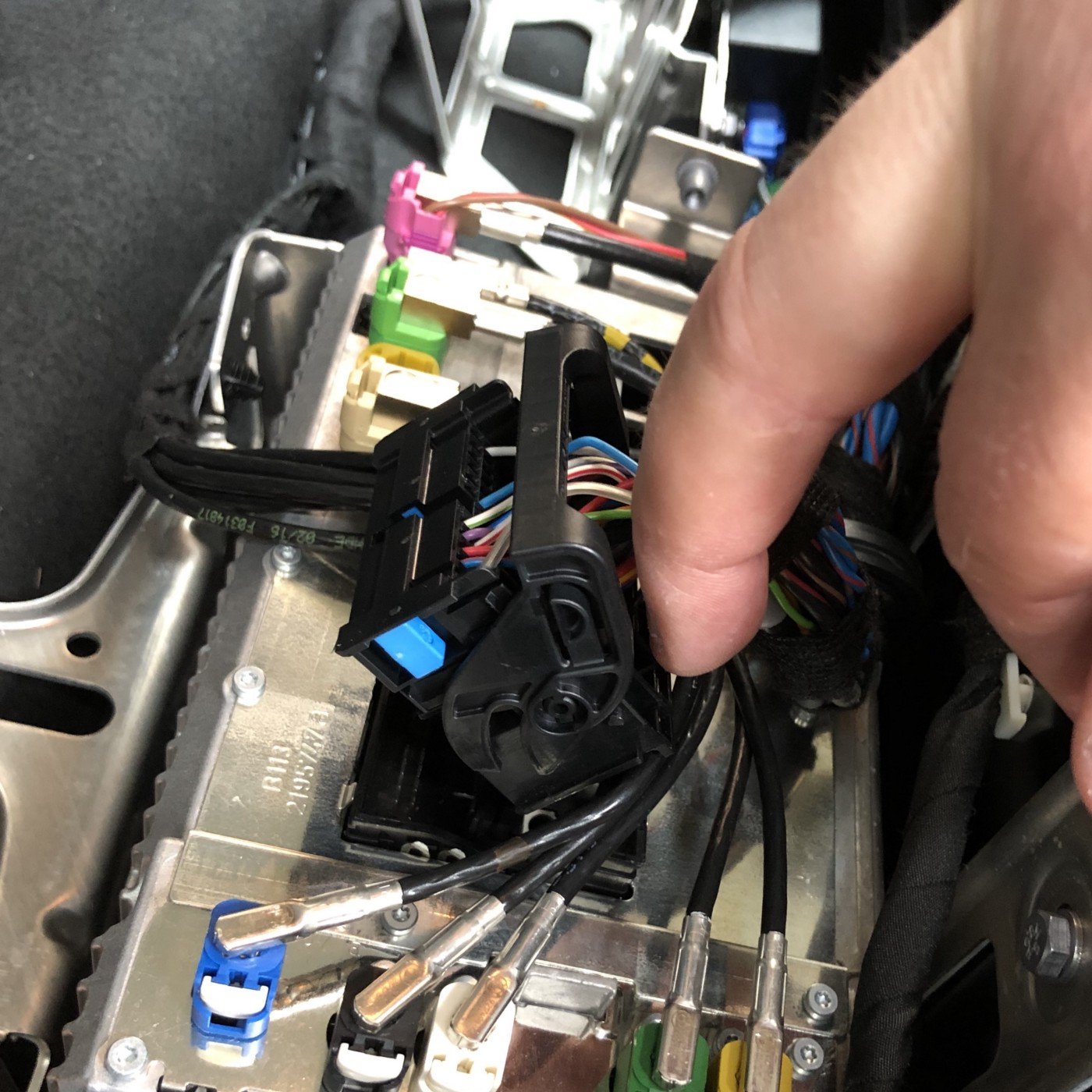 This is the main “quad-lock” cable disconnected from the iDrive unit. From now on, everything will pass through the Unique Auto harness which gets inserted between it and the iDrive unit. 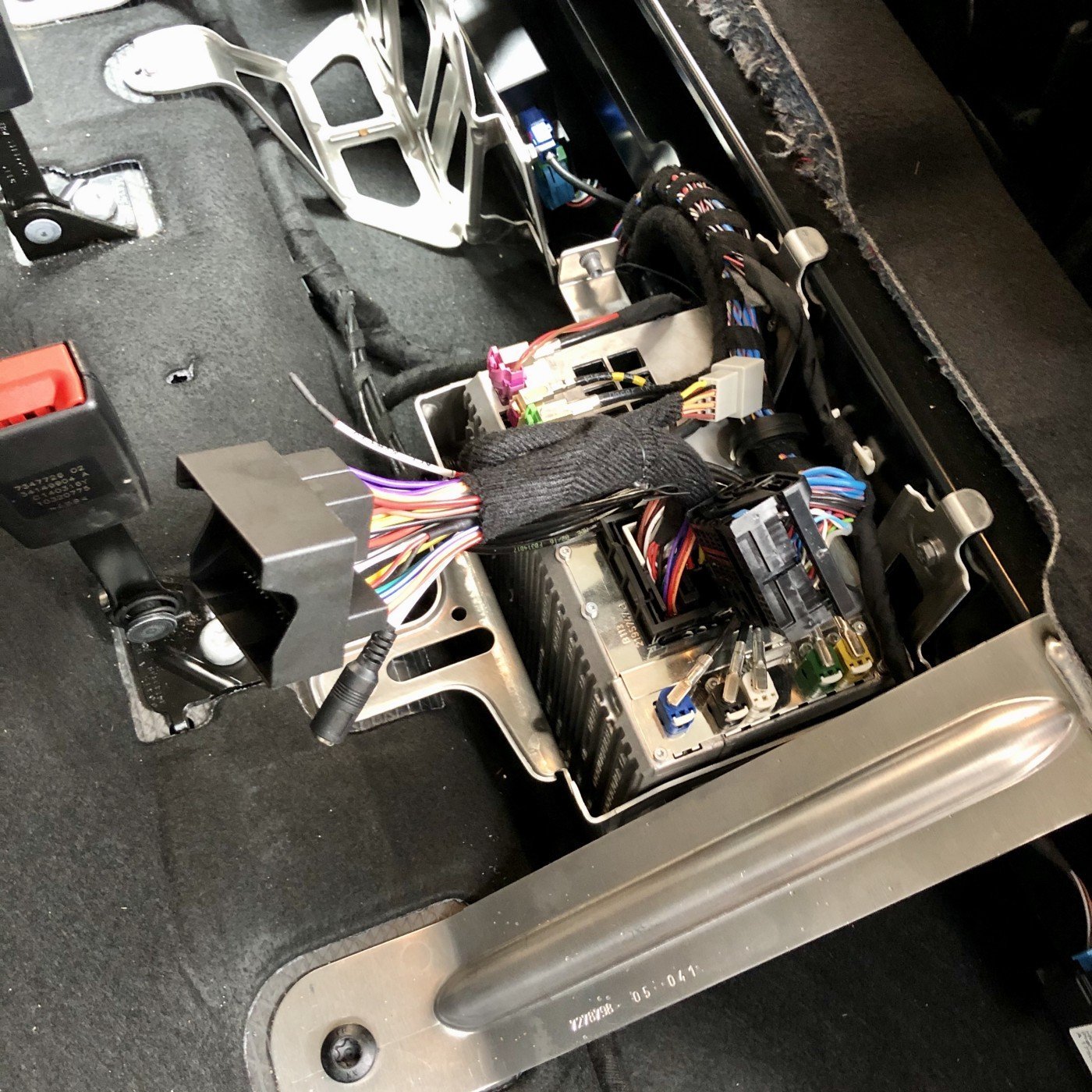 Plug end of the harness attached to the iDrive. Socket end ready to receive the original cable from the car. 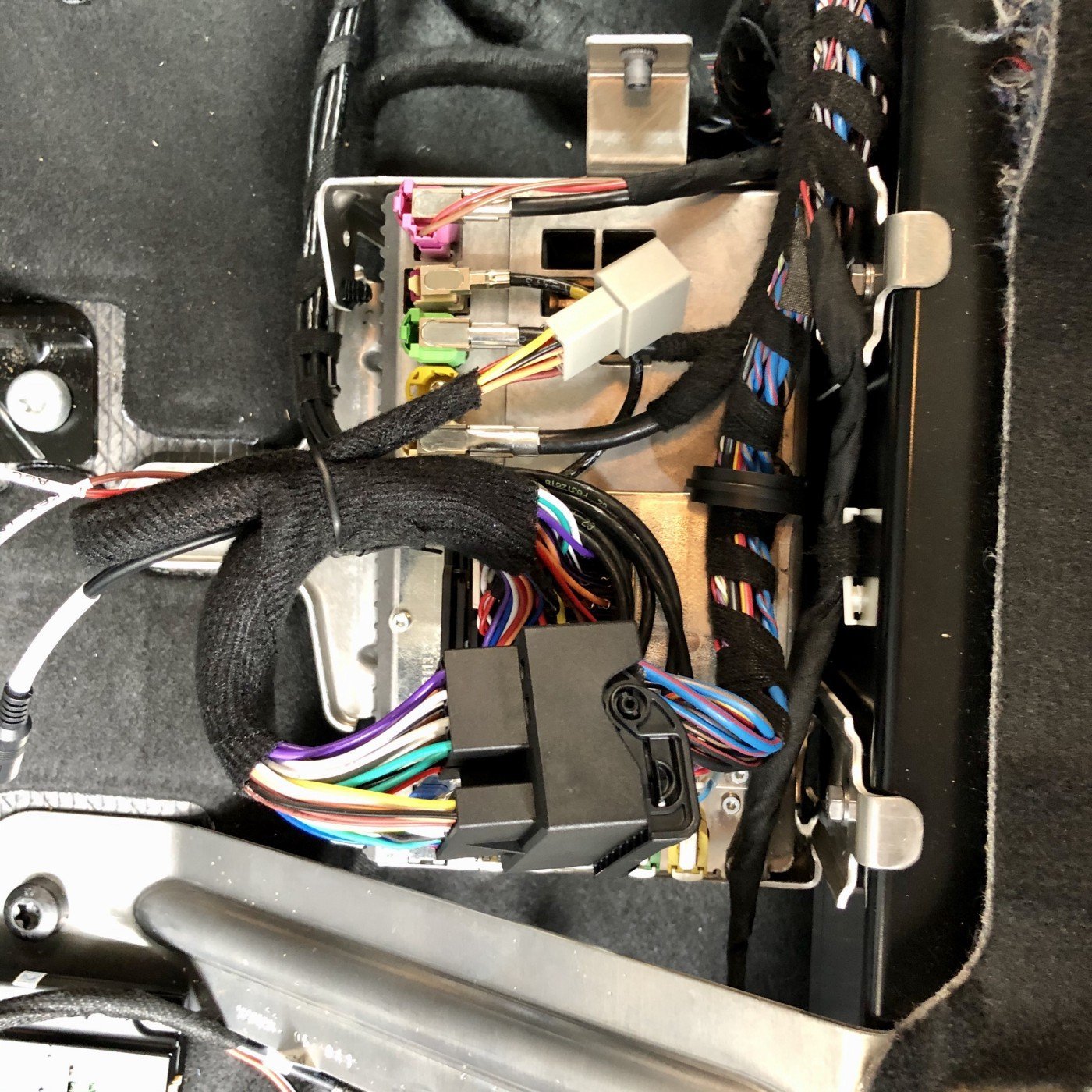 Both ends of harness attached.

In a similar fashion, the video image from the iDrive will now run via the CarPlay box, rather than directly to the Control Display. This enables the CarPlay box to intervene on startup, and switch back to the native iDrive display at the push of a button. 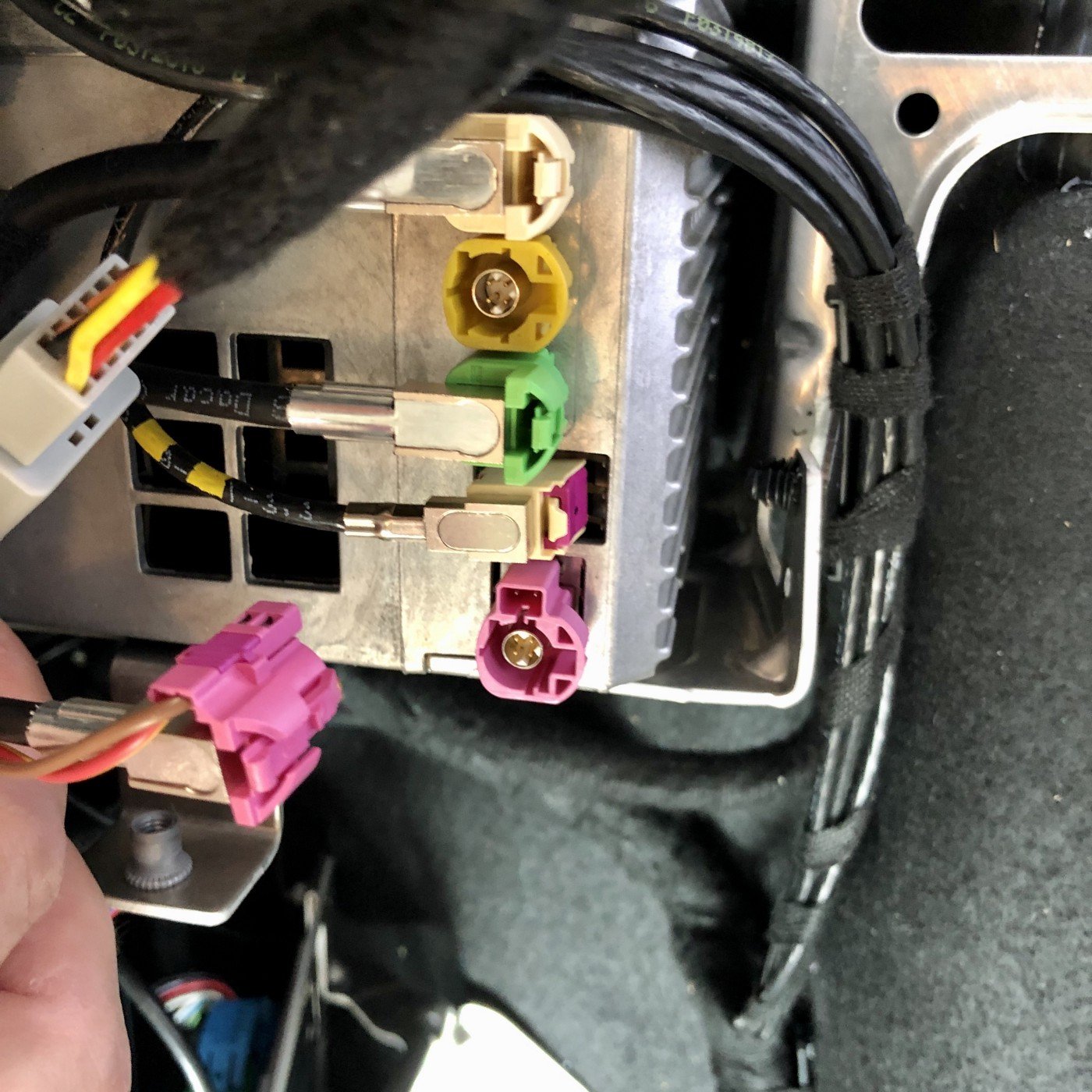 LCD Out gets disconnected… 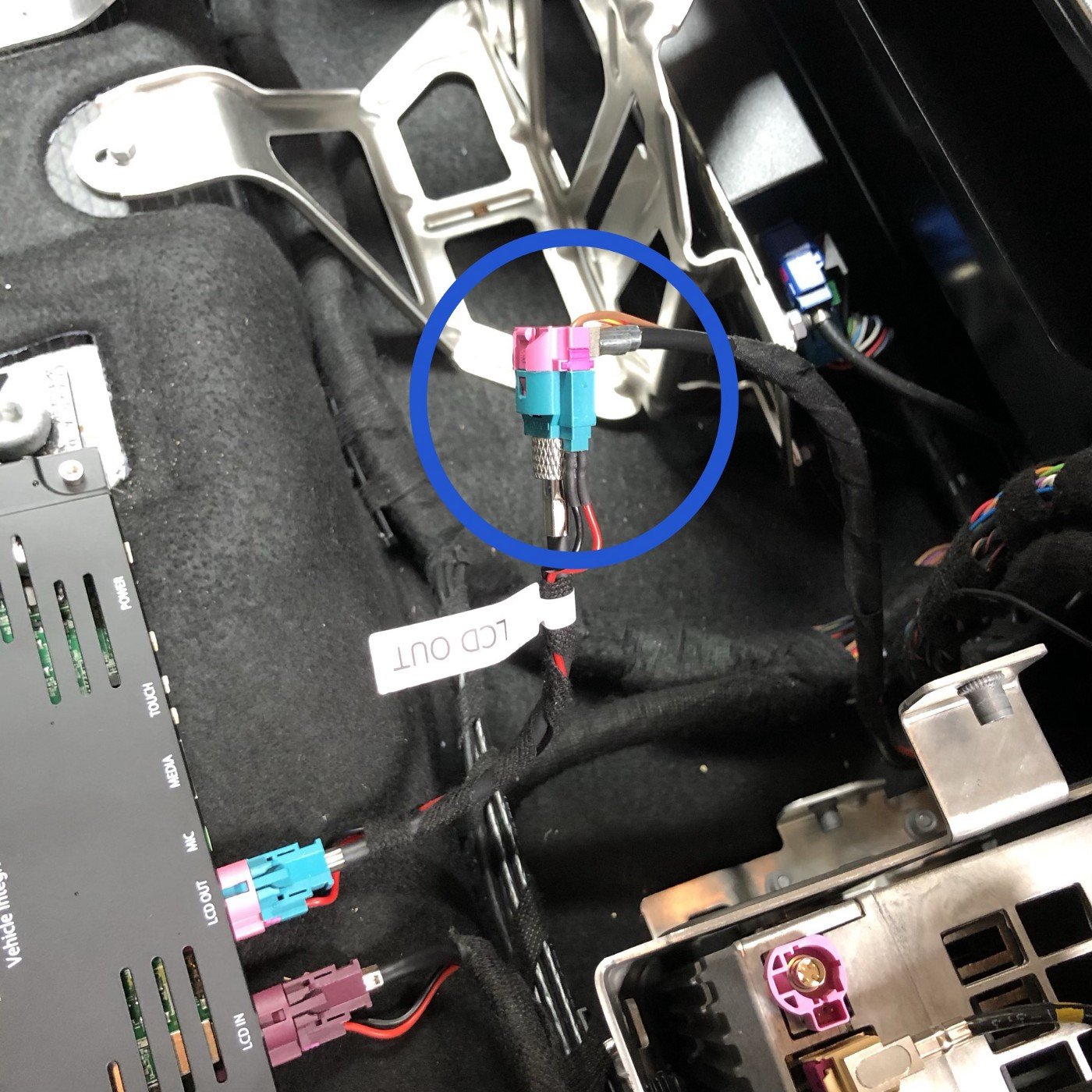 Now the screen receives its image from the LCD Out on the CarPlay box. The iDrive’s LCD Out gets connected to the CarPlay box’s LCD in. Pretty straightforward.

Just a few more connections to go for power and audio… 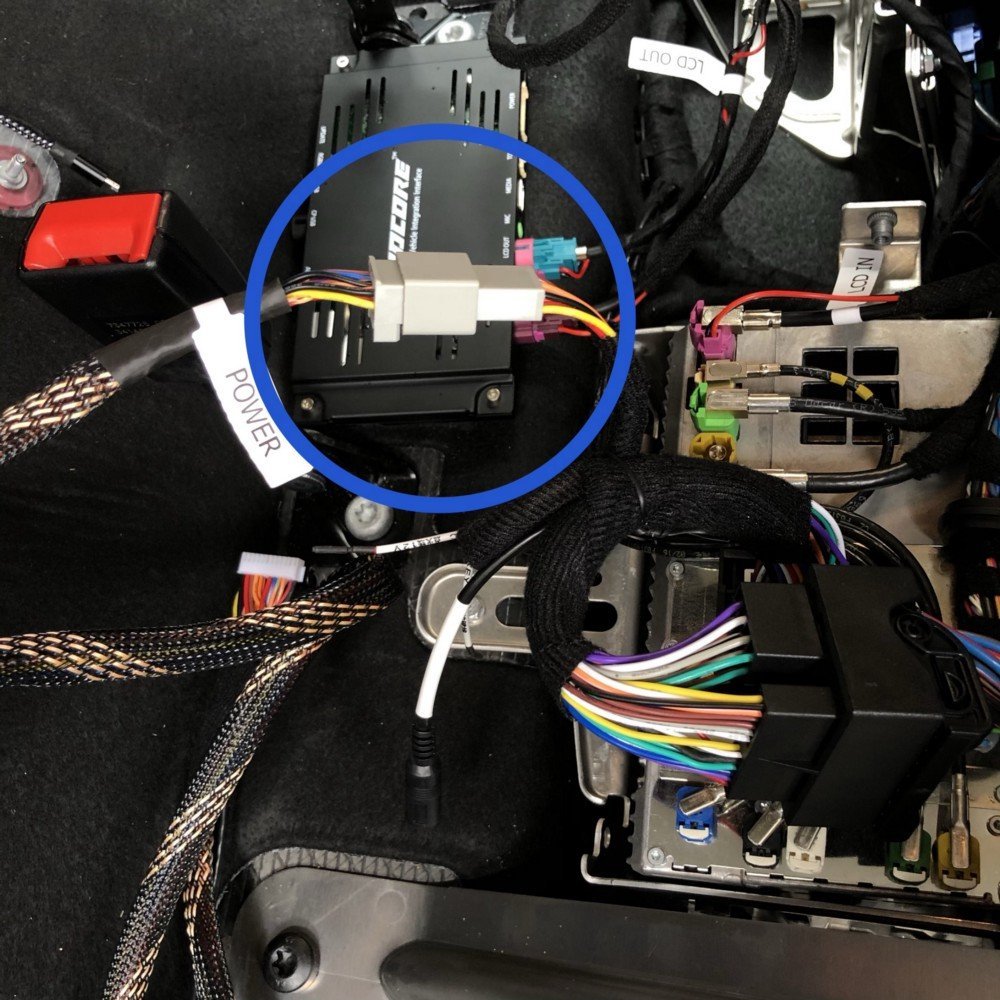 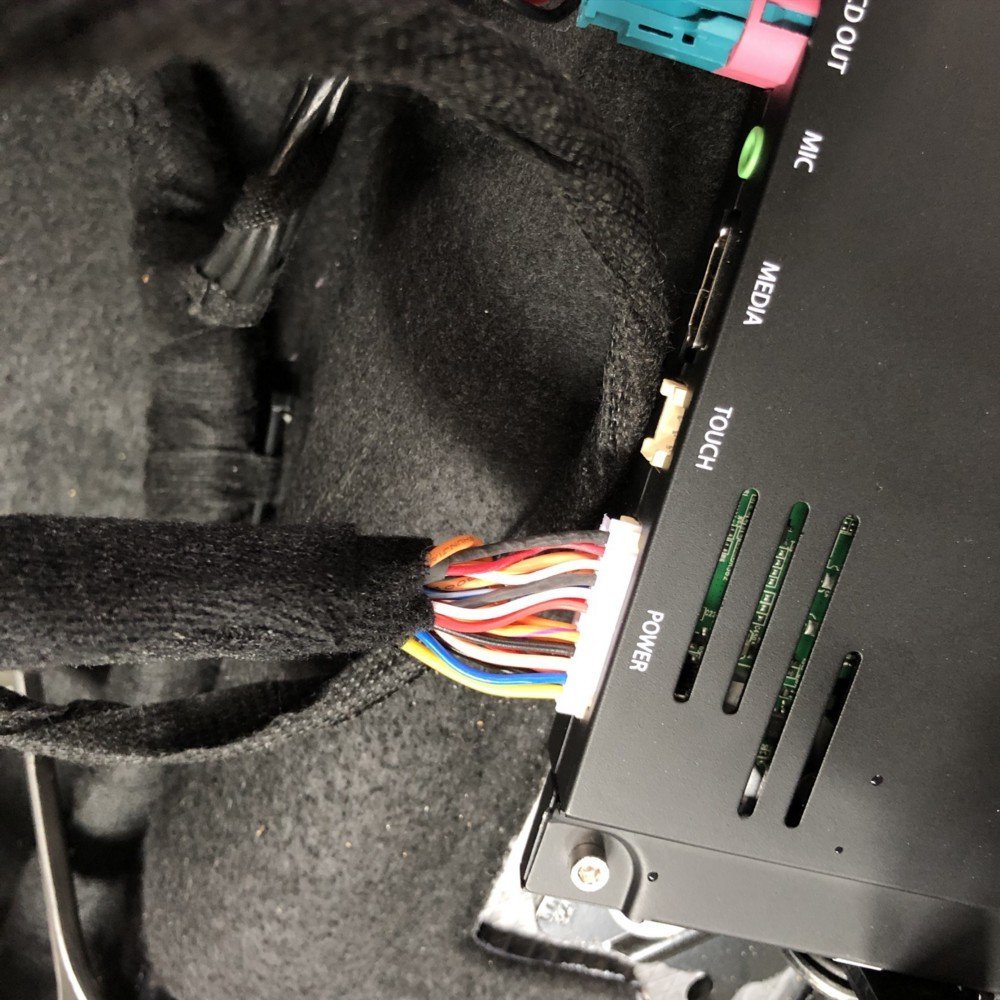 Power connection from the harness… …and into the CarPlay box. 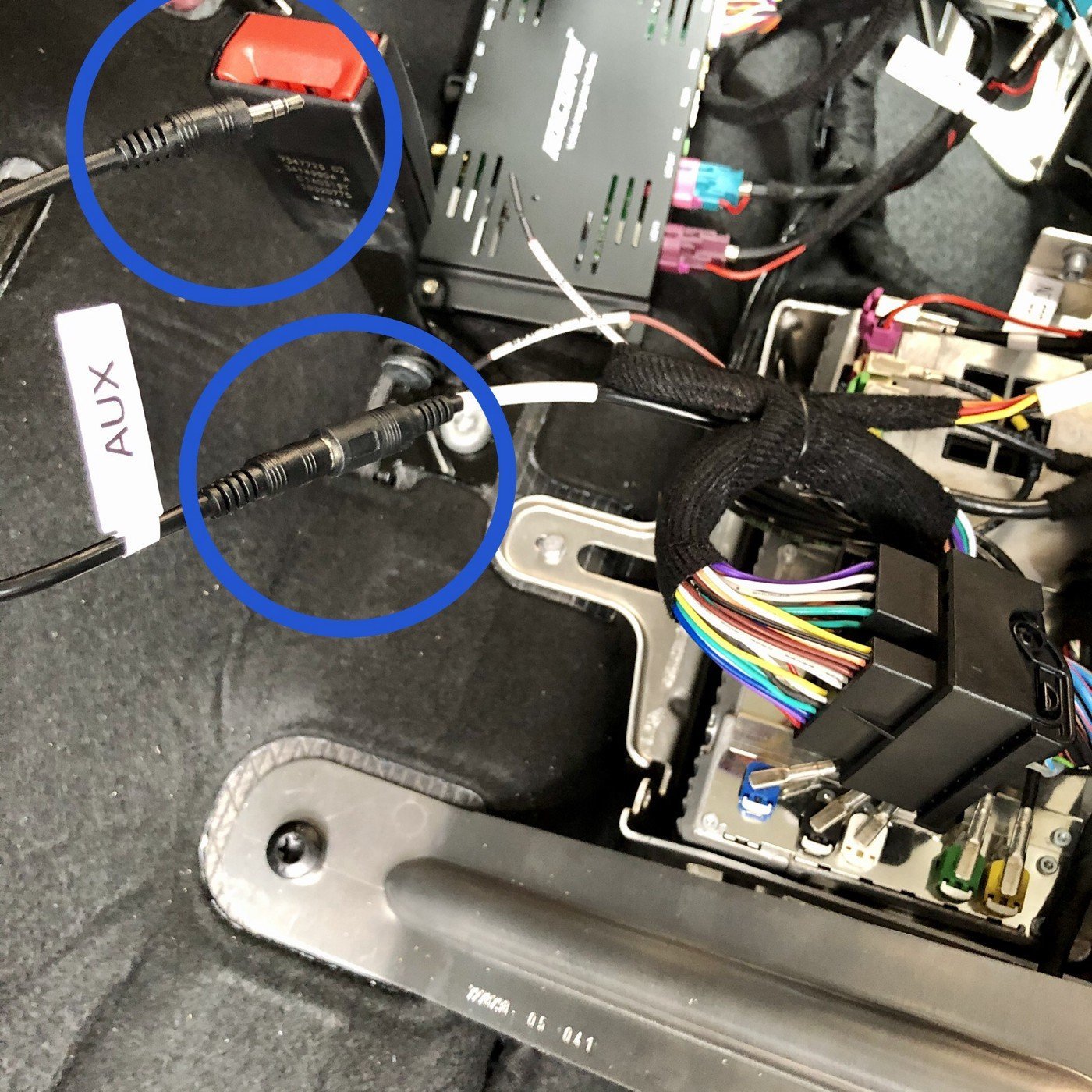 Audio cable: connects the CarPlay box’s Audio Out to the car’s Aux In via the quad-lock harness.

Lastly, the included microphone can be plugged into the CarPlay box and routed to somewhere suitable. I put mine by the steering wheel and ran the cable under the door trim, out of sight. I also used self-adhesive Velcro to secure the main unit under the seat. There’s plenty of space for it.

Here are some photos of various screens. I’m using iOS 13 . I think it looks great! CarPlay is a lot less frustrating to use than iDrive, in my opinion. 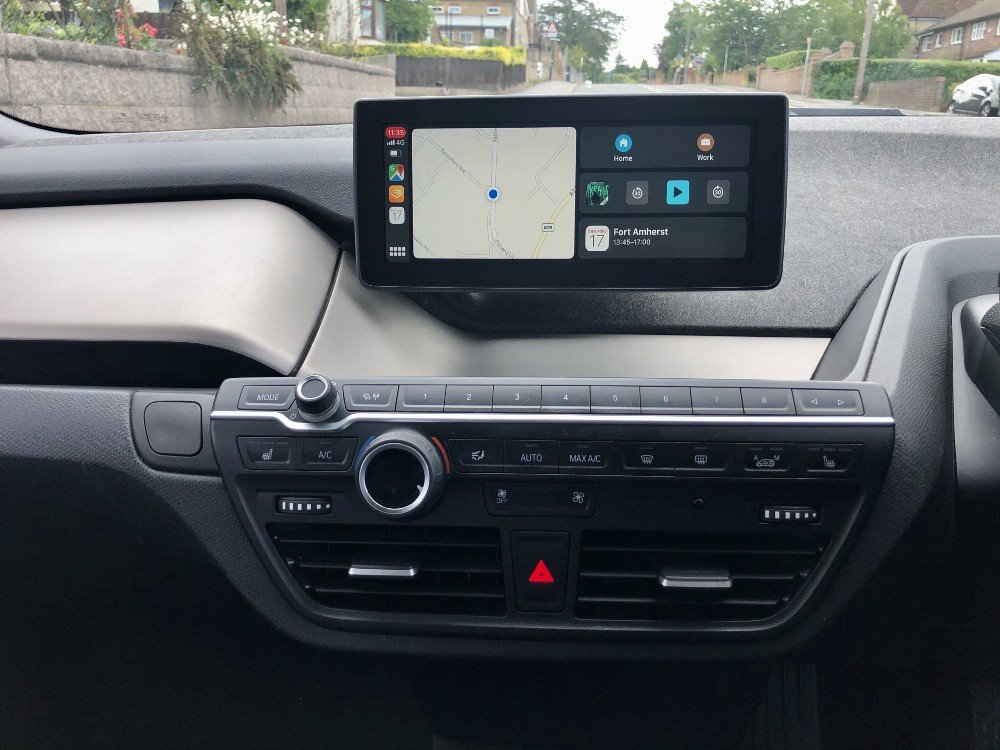